This year is the eight hundredth anniversary of the signing of the Magna Carta (Great Charter) by King John at Runnymede on June 15th 1215.  A charter, which laid down the rules stating that all men should be equal, and that, the king was not above the law, which had been the case until then.

King John had been a king who was loathed by his subjects and was forced by his barons to reluctantly sign this important document and promise to uphold the rules it had laid down.

But after just a few short months King John broke his promise and in the following years, several more Magna Cartas were re-written.  However, this first Magna Carta remains the most important one to this day, as it is from this that the rules, by which Britain is governed to this very day, were drawn up.   This ancient document was also the beginnings of what we now know as our Human Rights.

To commemorate this extraordinary event the Discovery Channel broadcast a live screening of the Queen, along with David Cameron, visiting Runnymede on Monday, 15th June.  Our school was invited to participate in this unique broadcast where selected schools could participate in the broadcast and question the presenters.

Amir, from Class 4F thought that, ‘it was an exciting programme, because we learned facts about the Magna Carta’, whilst Mina described it as a ‘really interesting event’.  Zainab was keen to add that, ‘People still remember the Magna Carta today because King John had signed it to show the people that he was fair’. 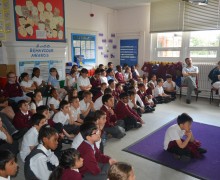 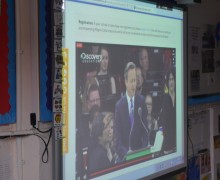 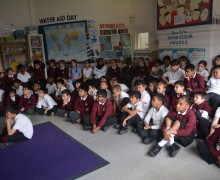 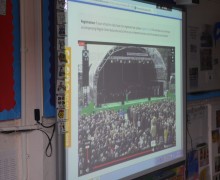 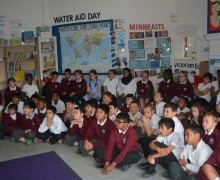 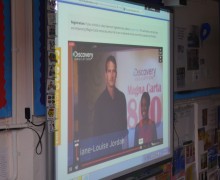